Allan Rock, then the president of the University of Ottawa, secures an anonymous donation to conduct a feasibility study and develop a framework for a distance tertiary education program for Syrian refugees to be offered by the University of Ottawa.  The Dean of the Faculty of Social Sciences and the President’s Office support this project with research assistantships.

A group of faculty worked with student research assistants, many of whom had lived experience of the Syrian crisis and its effects on Lebanon, as well as community members and uOttawa graduates, to determine where uOttawa could best contribute.  They select the topic of ‘community mobilization’ as an area where uOttawa could offer a unique digital education programme that would make a useful intervention, and  develop the concept of CMIC.

CMIC team members travel to Lebanon to meet with researchers and NGOs addressing the needs of Syrian refugees, particularly in the field of education.  This visit helps the team identify specific needs, conceptualize barriers, and better understand what can be done.  In addition, they form a relationship with public health researchers at the American University of Beirut to develop the concept further.

In Ottawa, faculty and student researchers work together to conduct exploratory research into community mobilization education, and to fundraise to support the development of a curriculum that would fit the desired learning outcomes.

CMIC hosts a workshop with participants from Lebanon, Palestine, Canada, and Switzerland, exploring models of community-engaged learning and online and blended learning models, particularly in Canadian indigenous communities, and conflict-affected and refugee communities in Palestine, Lebanon, Jordan, Kenya, and Europe. 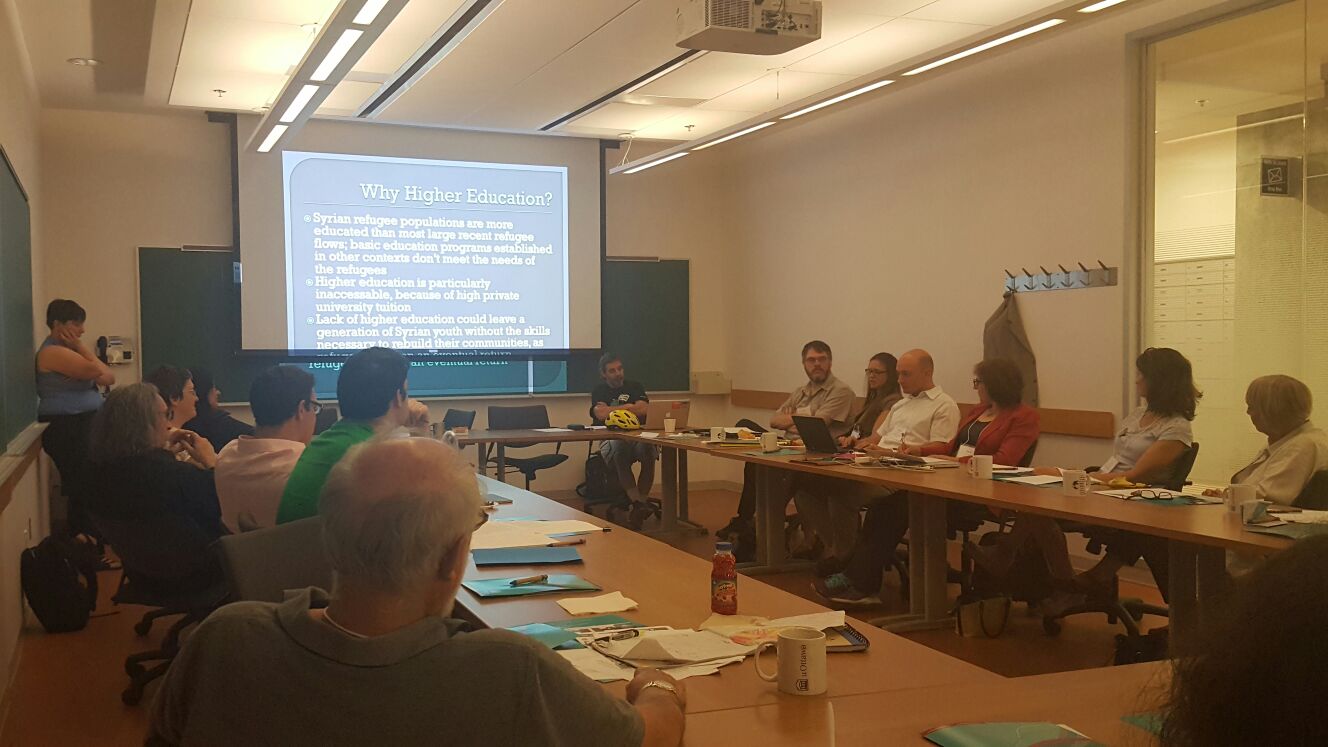 Attendees at the CMIC workshop. 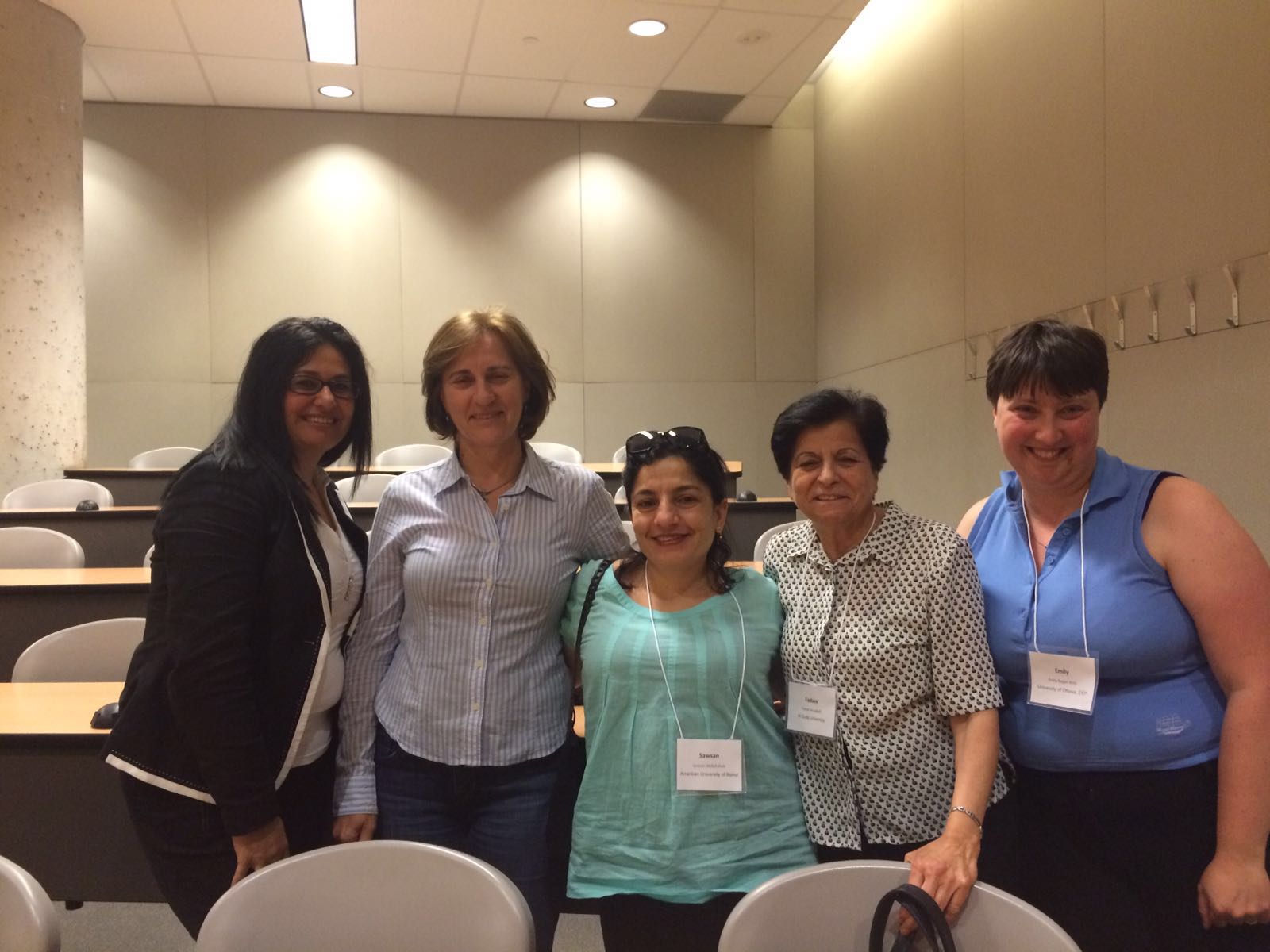 CMIC receives funding from the Open Society Foundation to begin curriculum development and run a pilot training in Lebanon over the next year and a half in partnership with the American University of Beirut. 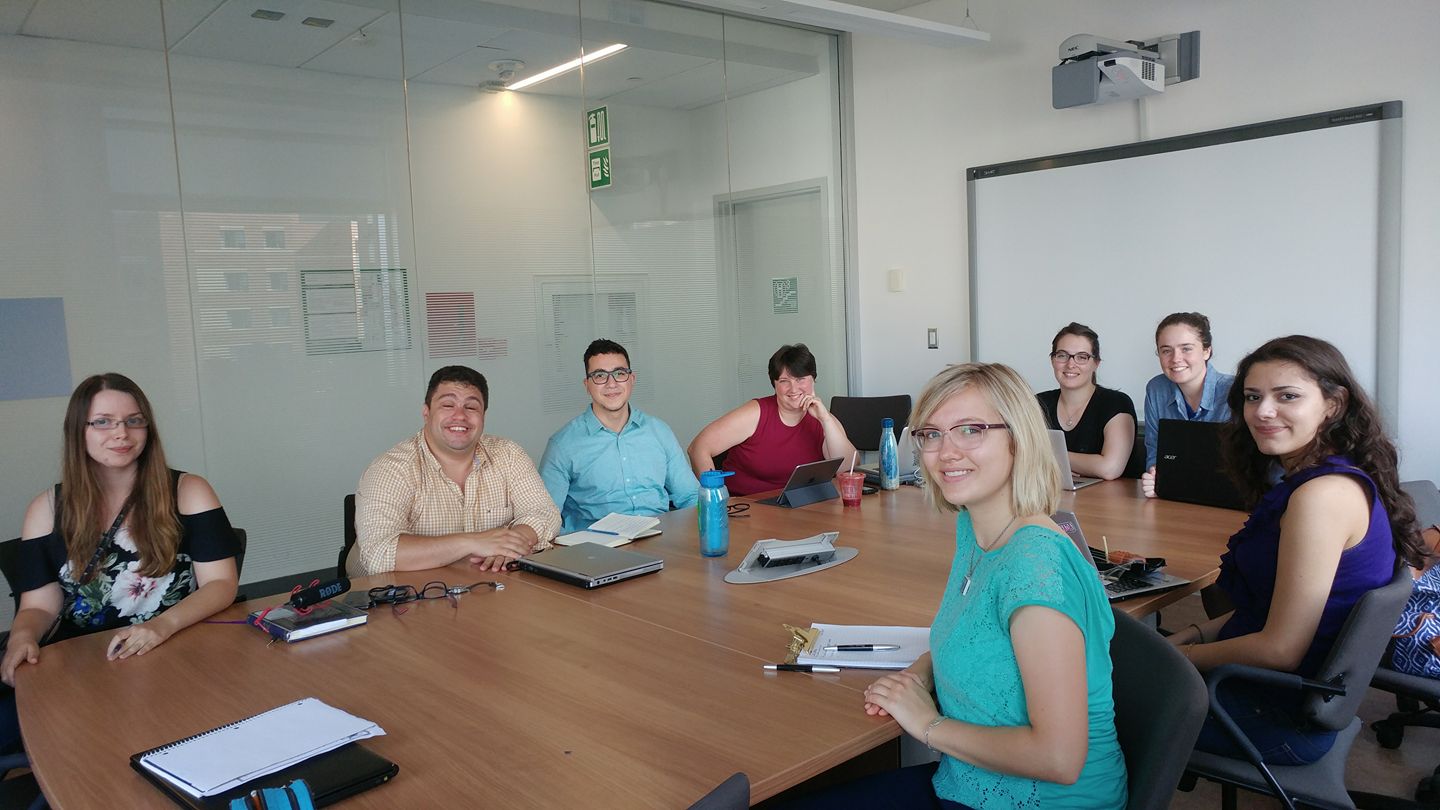 A group of uOttawa CMIC volunteers at a meeting

uOttawa and AUB researchers work together to determine the key learning outcomes and plan for the crafting of a curriculum. 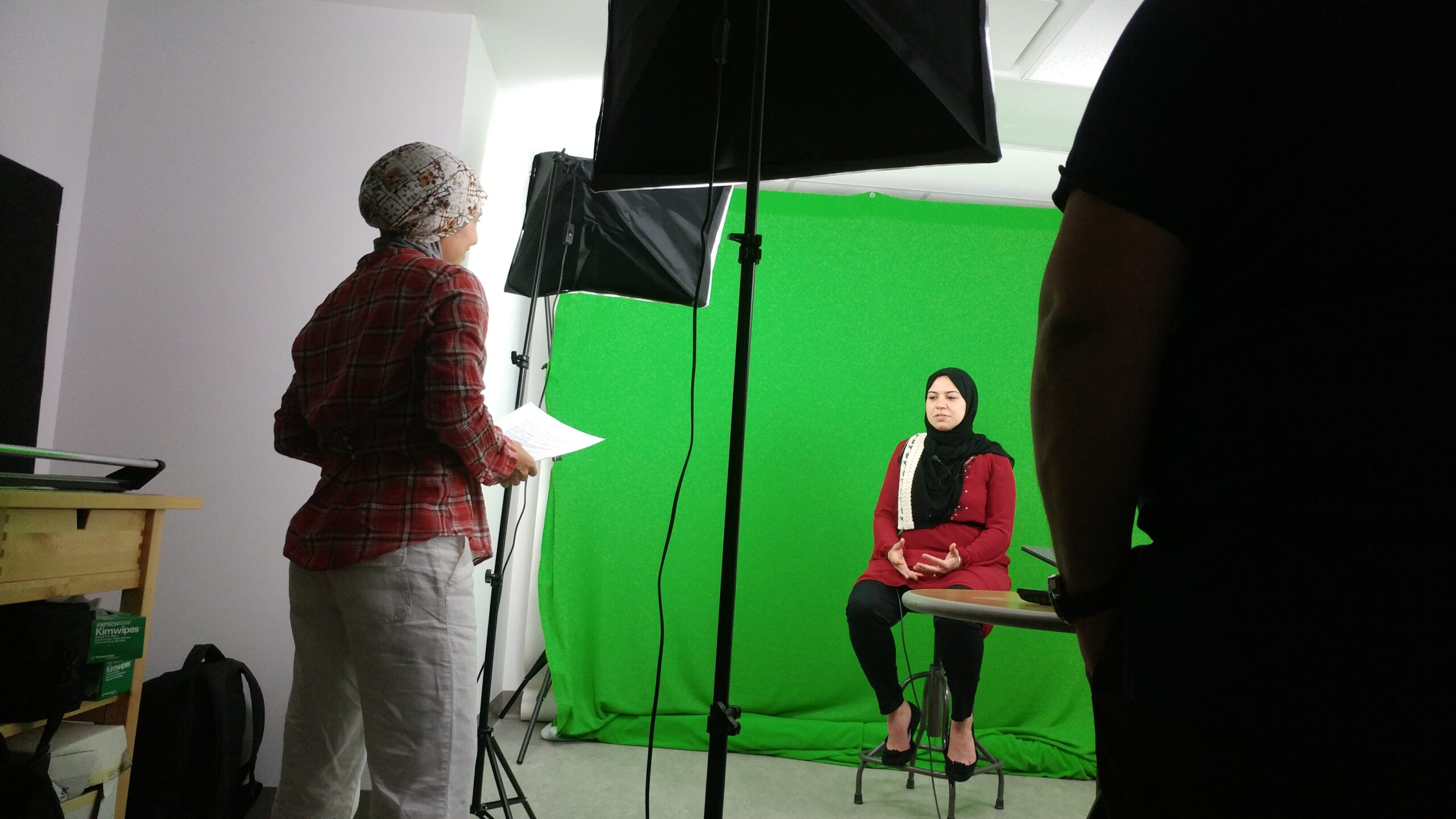 Nadia Abu-Zahra interviews Mozaynah Nofal in the studio at uOttawa.

CMIC researchers from uOttawa and AUB collect stories of mobilizers in Lebanon, Palestine, Egypt, Tunisia, Mexico, and Canada.  In collaboration, they turn these materials into the first set of CMIC learning materials, which are made available in both into English and Arabic. 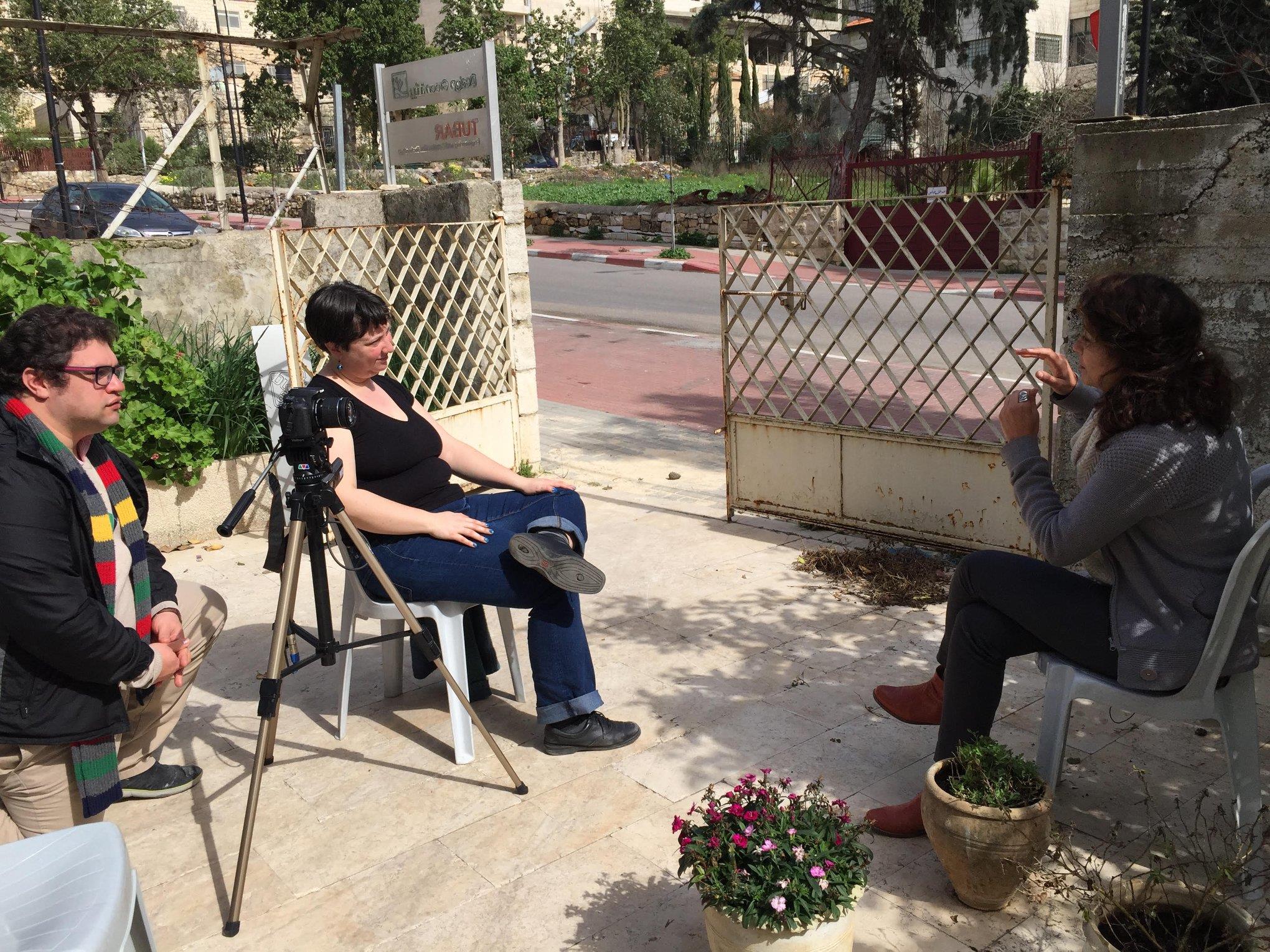 CMIC strengthens relationships with Dalia Association in Palestine and Youth Speak in Kurdistan Region of Iraq; both organizations assist us in gathering stories of mobilizers they work with in their regions.

CMIC holds a one-day micropilot of their learning materials in Ottawa, where a dozen attendees from local NGOs and the uOttawa community discuss and learn about community  mobilization globally.  This is faciliated by Emily Regan Wills, Nadia Abu-Zahra, and Diana El Richani of uOttawa, and Isadora de Lima Branco, a CMIC intern from Universidade de Brasilia.

The first full CMIC pilot is held on the Bekaa campus of the American University of Beirut, faciliated by Sawsan Abdulrahim and Zahraa Beydoun of AUB and Diana El Richani of uOttawa.  Thirty Syrian, Palestinian, and Lebanese resident in the Bekaa, all with experience working on community-based projects and in local NGOs, receive a four week training in community mobilization and develop their own projects.

CMIC develops a relationswhip with Universidade de Brasilia and supports a student organization there, Umanità, in offering a CMIC pilot as a non-credited short class through the university.  CMIC learning materials are translated into Portuguese and additional Portuguese and English language materials are added.  The Brazilian pilot is facilitated by Isadora de Lima Branco.

CMIC offers ‘train the trainer’ workshops on the CMIC materials in Ottawa, and in New York at the offices of the African Services Committee.  These workshops are funded by a Connections Grant from the Social Sciences and Humanities Research Council of Canada.

CMIC holds more ‘train the trainer’ workshops, including two in Beirut in partnership with Shams Network, and one with staff and one with youth at the Arab Community Centre of Toronto. 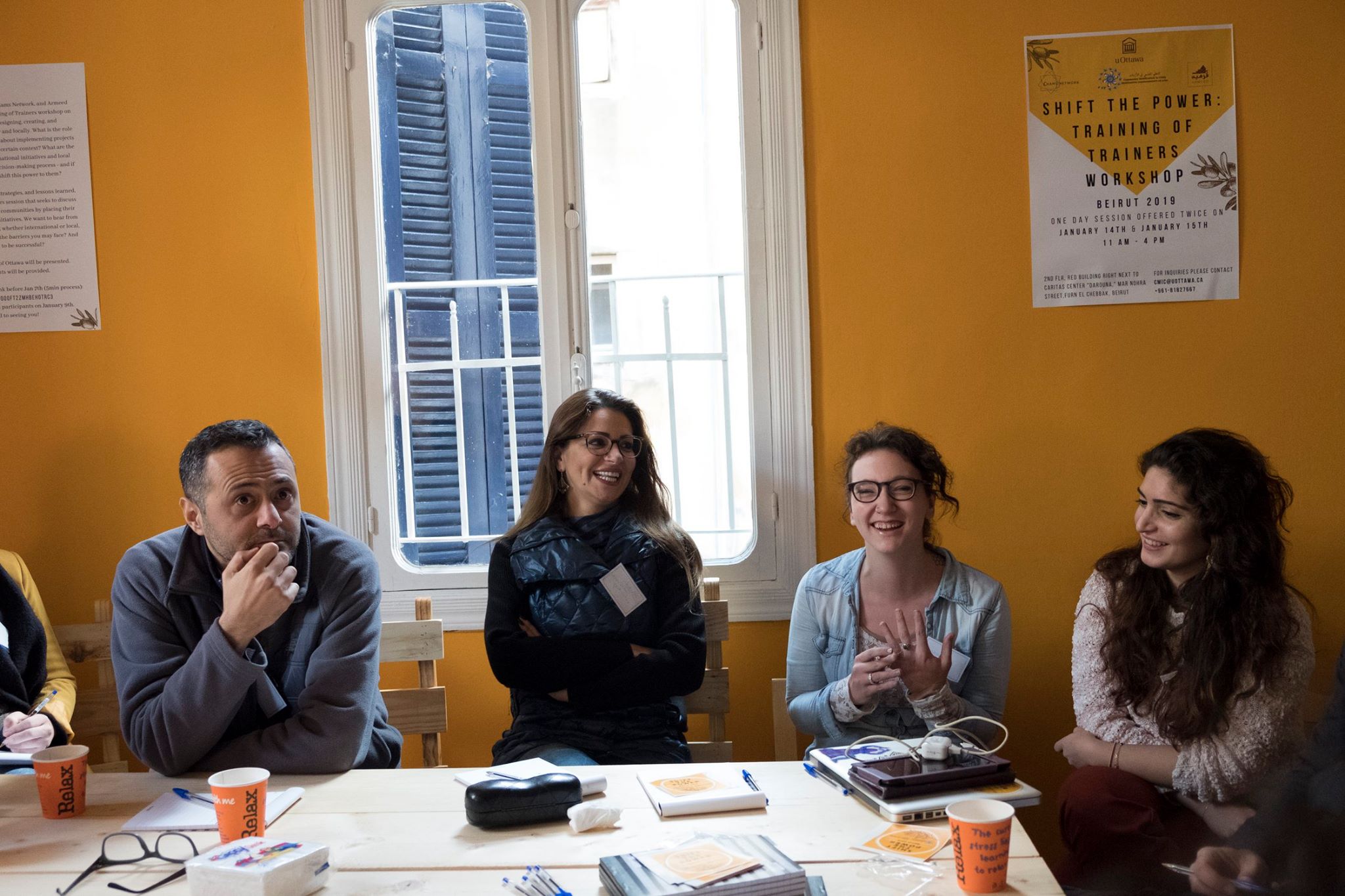 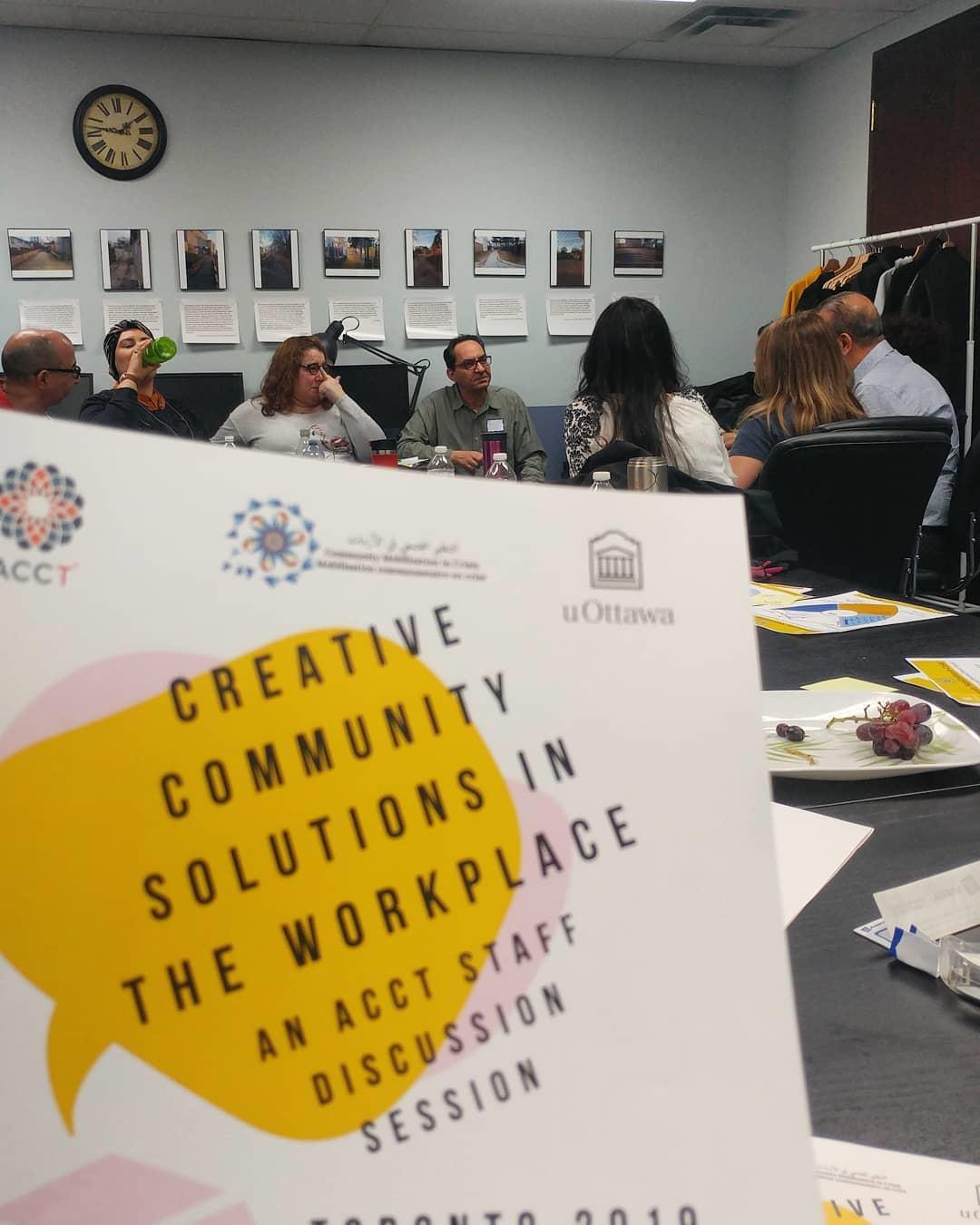 Working with Arab Community Centre of Toronto staff at a workshop at their Scarborough office.

CMIC materials begin being used in coursework at the University of Ottawa.

With a grant from the National Geographic Society’s Storytellers programme, CMIC teams begin to plan to collect video stories of mobilizers in Lebanon, Palestine, Kurdistan Region of Iraq, Brazil, and Canada, including mobilizers who have participated in CMIC programming, to prepare short, classroom ready narrative videos.  Data collection begins in Brazil, in collaboration with youth who participated in the Universidade de Brasilia pilot, in Palestine, in collaboration with Dalia Association, and in Canada, with uOttawa students.

Nadia Abu-Zahra, co-director of CMIC, is awarded the Joint Chair in Women’s Studies at the University of Ottawa and Carleton University for a three year term, with a focus on feminist transformative pedagogy and the university as a space for mobilization.

CMIC supports Youth Speak, an NGO operating in Dohuk, Kurdistan Region of Iraq, to run a pilot with refugee and internally displaced youth living in the camps of Dohuk. 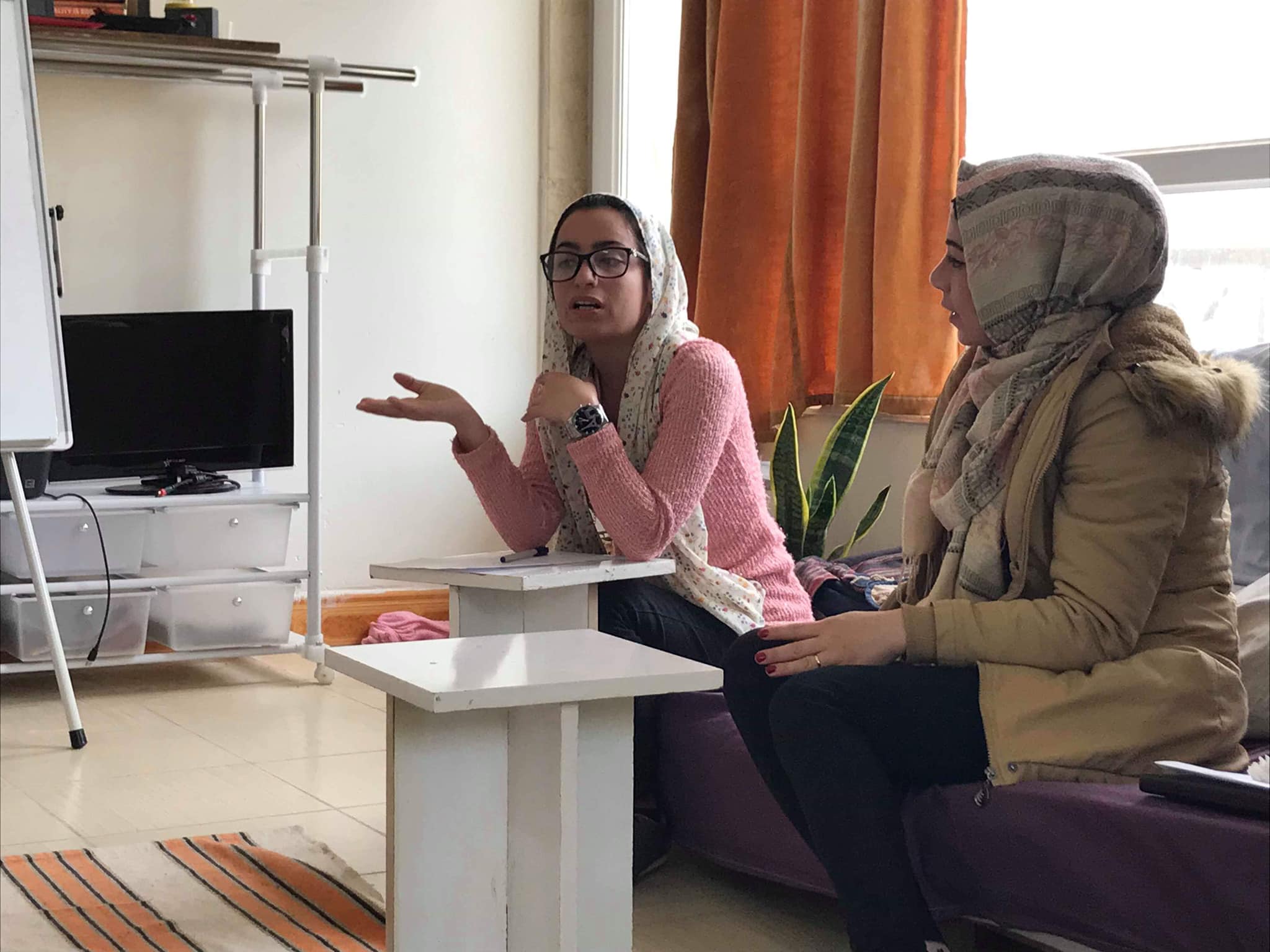 Participants in the 2019 Dohuk pilot, held in partnership with Youth Speak.

CMIC begins its relationship with Université Saint-Joseph, working towards offering a certificate program for refugee and host community mobilizers.

The CMIC pilot with LASeR concludes, but the implementation of the mobilizations begun by participants is paused due to the COVID-19. 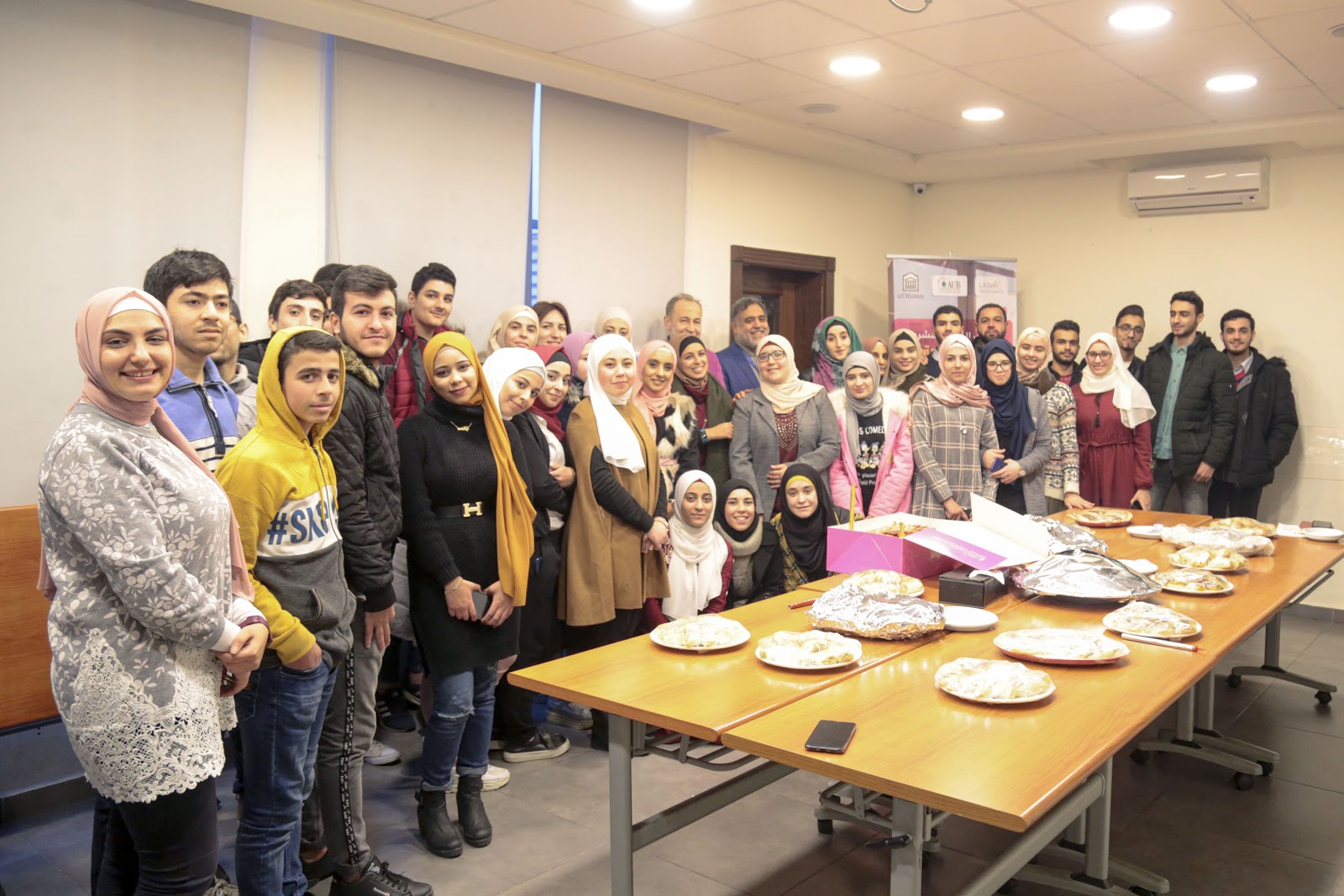 Participants in the 2019-2020 pilot in Tripoli, Lebanon, held in partnership with LASeR.

While in lockdown, CMIC works with uOttawa students and other volunteers to continue research and resource development.  Students translate CMIC materials into French, document mobilizations responding to the COVID-19 crisis in Ottawa, translate and code research data in English, Arabic, and Portuguese, and build and document their own mobilizations on issues that relate to their communities.

Still working under lockdown conditions, CMIC continues to collect video and written testimony from mobilizers in Canada, Kurdistan Region of Iraq, Brazil, and Lebanon, as well as to develop new learning materials and continue the work of expanding and translating our resources.

Thanks to funding from eCampusOntario and CANARIE, the CMIC team begins working with a skilled group of software developers from the University of Ottawa’s Information Technology department in order to develop a groundbreaking new platform for sharing and using CMIC’s materials.