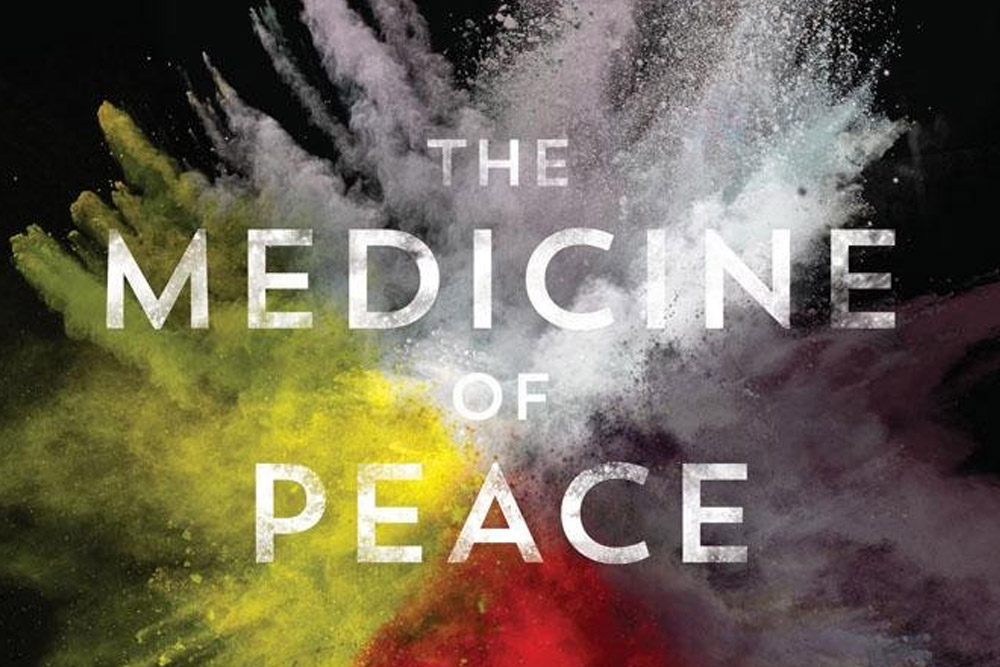 In the initial chapters, the author argues that the currently observed patterns of violence among Indigenous youth are a product of colonial and intergenerational violence and trauma, and that the current methods of Western psychological and systemic intervention continue to perpetuate such harms against Indigenous youth. In further chapters, Ansloos recommends a critical-Indigenous discourse that will unsettle and decolonize the status quo of Indigenous inferiority to change the outcomes of such failed colonial interventions (p. 51). In his final chapters, Ansloos offers an analysis of the ritualization and reinvigoration of cultural pride and integrity among Indigenous youth as a stepping stone towards developing an Indigenous peace psychology for youth, including an in-depth analysis of the utility of the sacred medicine wheel teachings on which to build an Indigenous peace psychology (p. 92-95). Ansloos concludes with recommendations for further action in order to transform his theoretical framework into action for the benefit of Indigenous youth.

Ansloos explicitly names the framework from which his position is based in the introduction of his book, as it forms the foundation of his entire theoretical argument towards an Indigenous peace psychology and ensuing qualitative analysis. Ansloos takes a non-violent critical-Indigenous approach; he explains its formation over several chapters and then goes forward to explain why it is significant, and why it is useful in answering his core questions. Ansloos develops this theoretical framework with backing from such thinkers as Michel Foucault on discourse (p. 43), Franz Fanon on racialized and colonized identities (p. 46), Alasdair MacIntyre on communitarianism and ethics (p. 67) and Catherine Bell on ritualization (p. 72). By establishing his theoretical basis in the previously established and validated writings of both historical and modern philosophers, Ansloos preemptively validates his theoretical position and forms a sound argument on this foundation.

Ansloos’ inquiry is a unique critical analysis of traditional social sciences and psychology as perpetrators of colonial oppression and violence towards Indigenous peoples. In deconstructing the hegemonic violence of such systems as the juvenile justice systems through theory, Ansloos provides an Indigenous voice in the social sciences, which Indigenous voices have been intentionally excluded and erased from. While the overrepresentation of Indigenous peoples in such realms as the justice system and those with mental health concerns is well explored in academia, Ansloos goes beyond simple explanations of violence being inherent to “[Indigenous peoples’] nature” (p. 22) and instead suggests that “the overrepresentation of Indigenous youth in prison [not] be viewed as a statistical oddity, especially in isolation from colonial history” (p. 105). Ansloos also provides realistic, albeit theoretical, solutions to the difficult challenges of decolonization, resistance and healing in his final chapter, a challenging and largely neglected task, which could readily translate to practical and policy solutions.

As an Indigenous person, a youth worker, an educator and a psychologist, Ansloos is close to the issues explored in his book. His position in the field of the book’s focus, however, does not present a significant or disabling bias as it enables him to delve deeper into the issues explored than a non-Indigenous person or someone without the level of expertise that he holds. Due to his experiences in youth work, education and psychology, as well as contact with the social sciences in general, Ansloos is rightfully critical of these fields and their perpetuation of colonial mentalities. Ansloos also acknowledges his deficits in expertise as needed, though not disqualifying him from being an expert in this field, which he fills with knowledge from other scholarly and cultural sources. In his exploration of the medicine wheel, Ansloos offers that was “acculturated and formed primarily in Western culture, especially Western academia,” (p. 85), and thus comes to cultural understandings through his engagement with Elders and those within Indigenous cultures.

Ansloos’ arguments are well-supported by the experiences of Elders and the work of academics. Throughout his book, Ansloos draws in a variety of scholars, theorists and practitioners, and he intertwines these thoughts into logical and clear arguments. Considering the plethora of psychological and social sciences-based theories, knowledge and analysis, Ansloos makes clear and concise arguments and connections between his ideas, fitting all of this into an easily digestible format and length for readers new to the subject. Ansloos also ties in personal experiences at the beginning of each chapter in a manner that compels readers to feel his emotions as he walks through the chapter. This forges a personal relationship between the reader and the material, and is especially important for non-Indigenous readers or those who have not experienced racism or colonialism directly.

Despite the well-supported arguments and emotional connections supplied by Ansloos, the work is mostly theoretical; in acknowledging this, Ansloos calls the current work “‘fuel for the flame’s of developing diverse Indigenous psychologies” (p. 107). Ansloos overcomes this limitation by providing the aforementioned practical and policy solutions to stimulate decolonization and healing. Also, while well-researched, it can sometimes be challenging to decipher which ideas belong to Ansloos and which are those of the Elders, scholars and frameworks he references. Ansloos provides clear analyses in the latter chapters of his book, but his message can at times be muddled in the heavily theoretical chapters.

Overall, Ansloos has provided a sound and practical solution to the neocolonial practices of psychology and social sciences that reproduce colonial hegemony, especially among marginalized Indigenous youth. Ansloos acknowledges his privilege and bias throughout the book, most notably being raised in a predominantly Western-influenced household (p. 85), and actively works to avoid taking a pan-Indigenous approach so as to not homogenize or erroneously speak for any Indigenous groups on Turtle Island. At the conclusion of each chapter, Ansloos provides references for further reading and makes accessible related materials and authors. Ansloos’ book would be useful for educators and students in the social sciences and psychology to challenge and decolonize their ways of thought, especially going forward to potentially work with Indigenous youth. Those currently working with (especially marginalized and vulnerable) Indigenous youth would also benefit from reading Ansloos work, as would anyone with an interest in critical perspectives on colonialism and oppression of Indigenous peoples.