Refugees Living in Extended Exile: Living on the Edge 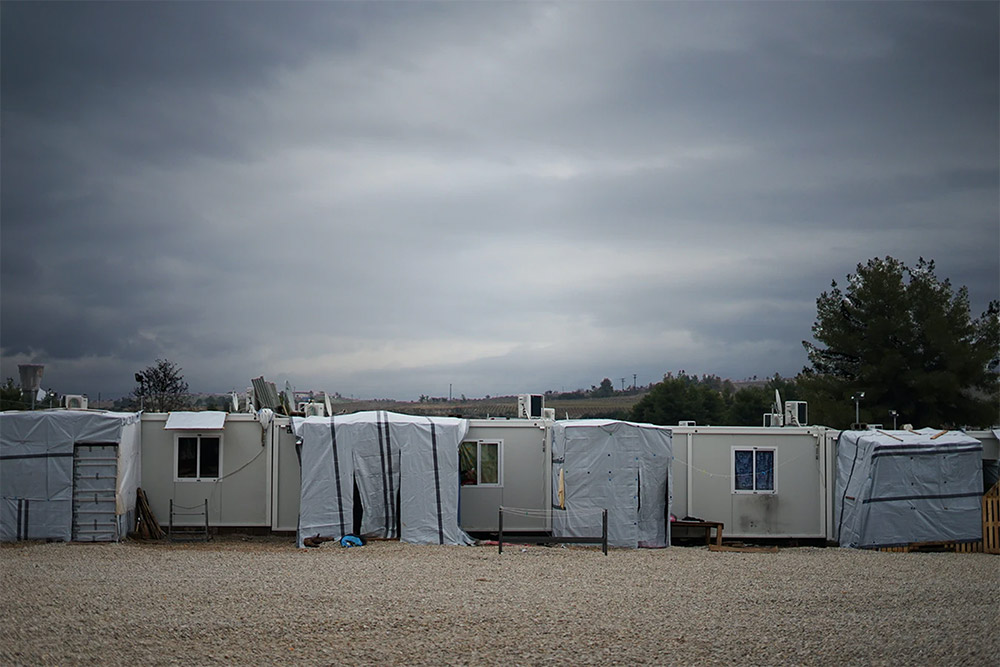 Refugees Living in Extended Exile: Living on the Edge

The current situation of refugees living in extended exile is a consequence of refugees being kept at arms length from their border by the Global North. This the argument that is put forward by Jennifer Hyndman and Wenona Giles in their book Refugees Living in Extended Exile. In their book, the authors explore how refugees who are living in situations of protracted displacement, defined as those living in exile for five years or more (p.121), are increasingly placed in vulnerable situations due to their loss of basic human rights and ontological security. The authors set out to explore the ways in which ontological security, that which is having “a lived sense of safety with a degree of certainty underwriting it” (p.17), is stripped from those living in situations of protracted displacement. Pulling on examples of protracted displacement across the world, the authors demonstrate the different ways the politicization of refugees is used to deprive them of their ontological security. For example, the authors explore how the securitization of Dadaab refugee camps holding Somalis in Kenya, in response to Al Shabaab has prioritized national security over refugee protection, calling for the closure of these refugee camps and sending refugees back to an uncertain future in an unstable Somalia, a country that is foreign to many of these refugees (p.42). It is this uncertainty faced by many refugees living in situations of protracted displacement undermining their ontological security which concerns Hyndman and Giles.

By employing empirical evidence gathered through interviews with refugees living in Iran, Kenya and Canada, in combination with previous analysis of literature of additional situations of protracted displacement (p. 21), Hyndman and Giles examine the ways in which ontological security is stripped from these people. The authors explain their chose to use of the international relations feminist theoretical approach to forced migration, gender and militarization (p.21) as a framework for the issues faced by refugees and ontological security and protection within the intersection of power and space (Hyndman, 2011). Employing this theory in their research allows the reader to understand the power dynamics which exist in the context of refugees and the politics surrounding refugee camps and settlements. The need for this theory becomes increasingly clear when exploring the role of the Global North in keeping refugees out of their countries and away from their own borders (p.37). The understanding of power dynamics through the feminist approach is imperative to understanding the root cause of these current situations of extended exile as well as providing the reader with a greater understanding of often simplified issues.

The pervious experience of both authors lends them the credibility to speak to the experience of those living in extended exile and the politics behind their organisation. Jennifer Hyndman worked with the United Nations High Commissioner for Refugees in Somalia, in addition to conducting pervious studies of the UNHCR in Geneva, and Kenya (p.21). However, Hyndman’s proximity to the UNHCR does not prevent the authors from being critical of the UNHCR and its compliancy in keeping donors happy (p.73). Furthermore, Hyndman’s experience of the UNHCR allows her a greater understanding of the policies of international law surrounding refugees.  Despite this critical view of the UNHCR, the authors fail to mention the apolitical role of UNHCR and how this plays a role in shaping its complicacy, which would have allowed for a greater exploration of the complexities associated with the UNHCR. Wenona Giles has worked for multiple NGOs in Toronto, Burkina Faso and Niger as well as in Iran in the areas of gender, migration and displacement, which affords her the insight, similarly to Hyndman, into the real experience of refugees. However, the authors fail to address the potential effect of paternalism associated with either of their experiences and the influence this could have on their research, particularly the power relations that exist when interviewing refugees. Despite the failure to address such concerns, their work remains largely critically of the actions of the Global North and its paternalism towards refugee hosting countries.

The organization of the book is such that the authors break down the chapters to cover four larger themes of protracted displacement: securitization, contextualization, international responses and resettlement. As both authors have previous experiences working with protracted displacement and due to their position as academics, the ideas presented in the book are similar to those previously seen within the refugee literature. One of the ideas discussed throughout the book is the representation of “[refugee] camps [as] a spatialized biopolitical expression of geopolitics” (93). However, the power of space in relation to refugee camps has previously been discussed by Hyndman before in her book Managing Displacement: Refugees and the Politics of Humanitarianism, where she explored the spatial segregation of Somalis living within Kenyan refugee camps (Baines, 2008). Furthermore, the authors discuss how restrictions of mobility of those living within refugee camps hinders their social development and access to ontological security. This idea has been widely discussed previously, particularly in the works of Alexander Betts, especially in his article with Paul Collier on special economic zones, Help Refugees Help Themselves: Let Displaced Syrians Join the Labor Market. However, in their final chapter of their book, Hyndman and Giles present new evidence based on their study of refugees resettled in Canada, which found that despite resettlement being perceived as the ultimate solution to protracted displacement, the reality is that resettled refugees do not perceive this as a durable solution. The shared feeling amongst refugees was they were perceived as needy and as the other, which impacted their ability to access both political and social inclusion, both of which are imperative to ontological security (p.100). As a result, from these studies, the authors concluded that “resettlement [is] not a durable solution but a strategy used by refugees to afford themselves legal status, protection and volition” (p.114).

Despite disputing the widely recognized solution to protracted displacement as resettlement, the authors fail to offer up an alternative. It would have been beneficial to their argument had they addressed an alternative to resettlement, particularly had they presented evidence of alternatives from their study with resettled Canadian refugees. Furthermore, expanding on their idea of refugees using resettlement as strategy to extended exile would have brought their argument full circle by providing a durable strategy to ontological insecurity. Additionally, beyond the failure to address solutions, the book itself is very technical and reads as an academic paper. Therefore, reaching an audience beyond the academic world might prove to be challenging, as one without a foundation of knowledge of international refugee challenges, might have a more difficult time grasping the theory and border ideas behind the author’s arguments.